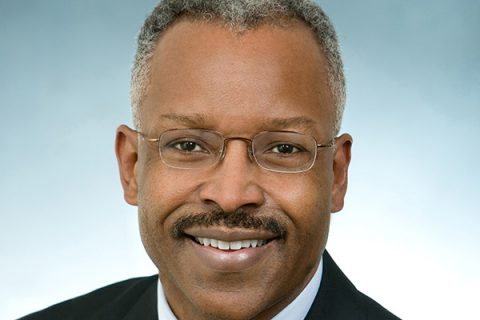 Chief Mack Jenkins’ career in the justice system spans more than 40 years. He retired as the Chief Probation Officer of the San Diego County Probation department, where he oversaw a staff of more than 1,300 in an agency that provided supervision and services to more than 13,000 adult and 2,500 justice-involved youth. Chief Jenkins is the former President of the California Chief Probation Officers Association (CPOC) and the former Vice President of the American Probation and Parole Association (APPA). He is nationally recognized as an expert in evidenced-based best practices in the community corrections field.

During his career, Chief Jenkins has developed and implemented a variety of programs to support the successful reentry of justice-involved individuals into the community. He formerly served as a Senior Policy Adviser for the Council of State Governments Justice Center, providing consultation to community supervision agencies around the country on the implementation of justice reinvestment strategies and polices to reduce recidivism. Chief Jenkins continues to serve as a criminal justice consultant to courts and community supervision agencies on the development of programs to support behavior change and reintegration.

He sits as a gubernatorial appointment on California’s Council on Criminal Justice and Behavioral Health (CCJBH), supporting the council’s mission to promote strategies that improve outcomes for justice-involved individuals with behavioral health needs, and advising the state legislature on the cost effectiveness of existing behavioral health and criminal justice programs. Chief Jenkins is also a legislative appointee to the Board of Directors for California Prison Industry Authority (CALPIA). CALPIA manages over 100 industries operating in 35 California Department of Corrections and Rehabilitation (CDCR) institutions that employ more than 6,000 prison inmates in career technical education programs, manufacturing, agricultural, and consumable and service enterprises.

Chief Jenkins has served on a number of boards impacting the justice system on a national level, including the National Association of Drug Court Professionals, the Council of State Governments Justice Center, and the National Alliance for Model State Drug Laws.

Chief Jenkins is an adjunct instructor of criminal justice with the Rancho Santiago Community College District in Orange County. He holds a Bachelor’s degree in Criminal Justice from the University of California at Irvine and a Master of Science degree in criminal justice from California State University at Long Beach. He joined REDF’s Board in 2012.