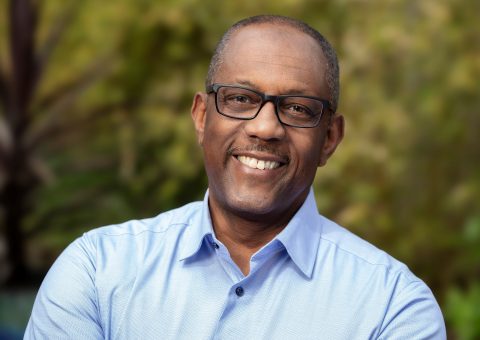 A Special Profile – The Difference a Job Makes: REDF Board Member Chet P. Hewitt and the Transformative Power of Work

REDF Board member Chet P. Hewitt knows from personal experience the difference a job can make. As a troubled teenager, Hewitt had been incarcerated in Rikers Island. The arc of his life changed when two men in his neighborhood offered him a job after his release. In short order, Hewitt began to turn his life around: he entered college, earned a degree in law, and pursued a career in social services.

As Director at The Center on Juvenile and Criminal Justice, Hewitt worked with youth that were cycling in and out of the system, just like he had. These were young people in trouble for theft, property crimes, or dealing drugs. The crimes they committed weren’t an aberration, Hewitt recalls. “Often the reason was economic, as many youth needed to help pay the rent and buy groceries.” When he asked about the one thing the system could do to help, most responded, “Can you get me a job?”

Today, Hewitt is the CEO of Sierra Health Foundation, a private philanthropy that provides grants to nonprofits that promote health and wellness in 26 counties in Northern California. In that role, Hewitt sees the direct connection between jobs and health. “Communities that lose their economic viability, families that lose wage earners, and individuals that lose jobs often experience declines in their health,” he says.

That insight, coupled with his own personal experience, drives Hewitt’s passionate advocacy for the transformative nature of work. It’s just one of the reasons Hewitt serves on the REDF Board. REDF’s ability to invest in organizations that provide jobs while supporting the people they employ, Hewitt says, “is incredibly powerful and an example of what impact philanthropy is all about.” The beauty of REDF, according to Hewitt, is that “it doesn’t judge people based on what has impeded their ability to find gainful employment in the past. Rather, it looks at how jobs can transform their lives and communities in the future.”

As CEO of a regional foundation, Hewitt recognizes the power of a system-wide approach to change. “What REDF understands is that success in social enterprise cannot be a one-off,” Hewitt says. “REDF is working to take idiosyncratic success and turn it into a field. REDF knows there are models, structures, and lessons to be deployed and scaled up nationally.”

Hewitt knows the model can be successful. After all, he’s lived it. “My life’s trajectory changed when I was offered a job,” Hewitt says. He offered this challenge: “Think of what could be achieved if you take my simple story and multiply it millions of times over.”

Chet P. Hewitt has more than 25 years experience working in the public and nonprofit sectors, and has served as the President and CEO of Sierra Health Foundation since September 2007. During his tenure at Sierra Health, Chet has been credited with increasing the foundation’s impact by establishing new mission-driven grant programs and creating local, state and national partnerships.

Prior to joining the foundation, Chet spent five years as the Agency Director for the Alameda County Social Services Agency, where he was credited with transforming its child welfare system into a national model. He also worked as Associate Director for the Rockefeller Foundation in New York, and established and managed the West Coast office in San Francisco. Chet has received several national awards, including the Annie E. Casey Foundation Child and Family Leaders Fellowship and the 2009 Black Child Welfare Administrator of the Year.

Chet is a frequent lecturer on philanthropy and public sector leadership, and advises localities around the country on issues related to the transformation of public systems. Chet serves on several boards, including Grantmakers in Health, Social Interest Solutions, Public Policy Institute of California’s Advisory Board, United Way of the California Capital Region, Sacramento Metro Chamber and Valley Vision.

Born and raised in New York City, Chet credits life experience as the source of his commitment to serve those less fortunate than himself. In addition to his work, he enjoys cycling and gardening. Chet and his wife, Laura, are active partners in raising their sons, Chet and Stephan.