We first met Katelyn in 2015, when she was selected to receive REDF’s Moldaw Award which recognizes an employee of a REDF partner social enterprise who has “demonstrated extraordinary tenacity and courage in overcoming significant barriers to employment”.

Katelyn came to Goodwill Silicon Valley (GWSV) as a young woman who had, in her words “hit rock bottom.” When you meet her it’s hard to imagine her anything other than the vibrant, effusively optimistic woman she is today. For years though, she was in a very dark place. Struggling with addiction and homelessness.

We had the privilege of making a video with Katelyn that told a bit of her story.  She recounted the disdain and hopelessness she felt living on the streets. The ache for all she had lost, including custody of her daughter Carly, who was then only four years old.

Katelyn’s “rock bottom” landed her in jail. But deep down, despite all the hardship, there was a spirit in her that would not be extinguished. After she was released, she vowed to get sober and turn her life around.

Goodwill Silicon Valley provided Katelyn with the support, and the job, she needed to make that happen. After graduating from GWSV’s Job Readiness Program, she went on to work with foster youth, helping them connect with their passions and enter the workforce. She married Michael, the man she fell in love with while she was working at GWSV, and together they had a son, Holden.

Today she works at Illumination Foundation, an organization whose mission is to provide targeted, interdisciplinary services for people who are homeless and extremely vulnerable in order to disrupt the cycle of homelessness in Southern California. After only three months on the job, Katelyn has been promoted twice.

This is an edited summary of our conversation.

Lori: Katelyn, tell us what you are up to.

Katelyn: I work at the Illumination Foundation.  We provide housing and a wide variety of wraparound support – health and recuperative care, counseling, educational services for children, workforce development and more for people who are homeless in Southern California. When I started I was with Project Roomkey, which provides emergency shelter in hotels and motels for people who are homeless and especially vulnerable during COVID19.

Lori: That sounds like such a perfect job for you!

Katelyn: Oh it really is. And you know what? After working there only three months, I got two promotions!! First to lead staff, and most recently I was promoted to Case Manager!

Lori: Wow, that’s incredible. Two promotions! Tell me more about how all this recognition makes you feel?

Katelyn: It feels wonderful. It makes me feel so validated. I wasn’t afraid to ask about being promoted either, because I was doing so well. There’s no way seven years ago I would have been able to do that. Back then, I didn’t feel I was worthy or good enough. So getting this promotion felt amazing, and I was so excited because I felt it’s just the first step to see where else it takes me.

Lori: Besides your incredible spirit, what makes you so good at your job is that you have experienced the same type of challenges the people you are helping now are in the midst of.

Katelyn: I can share that there is light at the end of the tunnel and we’re going to get through this together. Most are in the same mindset I was. “I don’t know about that. I don’t think I’m really good enough for that.” That’s when I start to share my story with them. If I feel like it’s the right time I’ll say, “You know what? You might not believe it, but I was in your shoes at one point. Not the same story. I had my own story, but if you want to sit, I’ll talk about it.”

I had one lady yesterday, she broke down in tears. She had no idea and she says, “That’s why your heart is so big.” I’m like, “That’s right. I care and I’ve been there, and I want to help all of you.” That just really touches their heart.

Lori: What you just said captures the essence of why social enterprises exist and how they’re different. You shared that somebody saw the potential in you and that was the turning point. Why is that so transformative?

Katelyn: I think because whether you’re homeless or struggling with mental health or substance abuse, it’s all a place of darkness and hopelessness. You really just feel like that’s it. This is how my life is going to be, this is what I deserve, and until somebody or many people tell you there’s another way or there’s a way out, you’re really just going to stay in that position. It takes a village of people to be like, “No. That’s not right. You are worth it,” but it needs to be reiterated over, and over, and over again.

Lori: How did Goodwill help put you on the path that you’re on today?

Katelyn: They saw potential in me, when I didn’t see much in myself. I just have to trust in faith and trust them. Somehow even starting to show up within the first couple months, I felt a little bit more worthy. Wow. I actually have a purpose here. I started to feel a little bit more confidence.

Then people start to see how hard you work, and they’ll start to say something and it further boosts your confidence. It’s so important, because a lot of people that are struggling, they don’t have their family. They really are alone in their struggle. So, sometimes these organizations are all they have.

Lori: We see that a lot of people that go through social enterprises want to give back to the community and give back to people that are in similar positions that they were in. Why do you think that happens?

Katelyn: After you’ve successfully done that, you just want to spread that hope. It’s in my soul now. Every single day, every single person I talk with that’s struggling, I feel a responsibility and obligation to give them what I know and tell them my story.

Lori: There must be so much emotion for you when you are doing this work. How do you stay positive?

Katelyn:  Doing this work actually helps me stay sober and stay professional. It’s more empowering. My past drives me to help people. It’s a gift.

Lori: Tell me about how important a job is to breaking the cycle of homelessness from your perspective.

Katelyn: Before I found Goodwill, I applied to so many jobs, but no one would hire me. They saw me as the girl holding a sign down by the intersection begging for money. Getting the first job at Goodwill was amazing! They saw me as a person, not just a homeless person. Something about that, just that one little ounce of hope in the beginning, it gives you a lot of confidence. It wasn’t until I joined Goodwill that my life really started to change. I felt like I had a purpose, and I had to be there, and I had to help.

Lori: So, it sounds like you’re saying that getting social services and getting connected with shelters, that’s one thing, but there’s something about somebody saying to you, “You have enough value for me to hire you as an employee,” that’s different.

Katelyn:  It’s becoming part of society, really. You are working, just like everyone else. Just the action of getting up, getting showered, getting dressed. You have a purpose. That’s why work is so vital. Beyond what you are learning, it just makes you feel normal. And that feels amazing!

Lori: To wrap up, tell me about your future and your aspirations.

Katelyn: As you know, my dream is to run a social enterprise with my husband, who also works for Goodwill – in fact, he’s a District Manager for Goodwill Southern California. When the time is right that’s what we’re going to do. I have the perfect partner for that. We just need to figure out where can we do the most good – where can our heart be used the most. 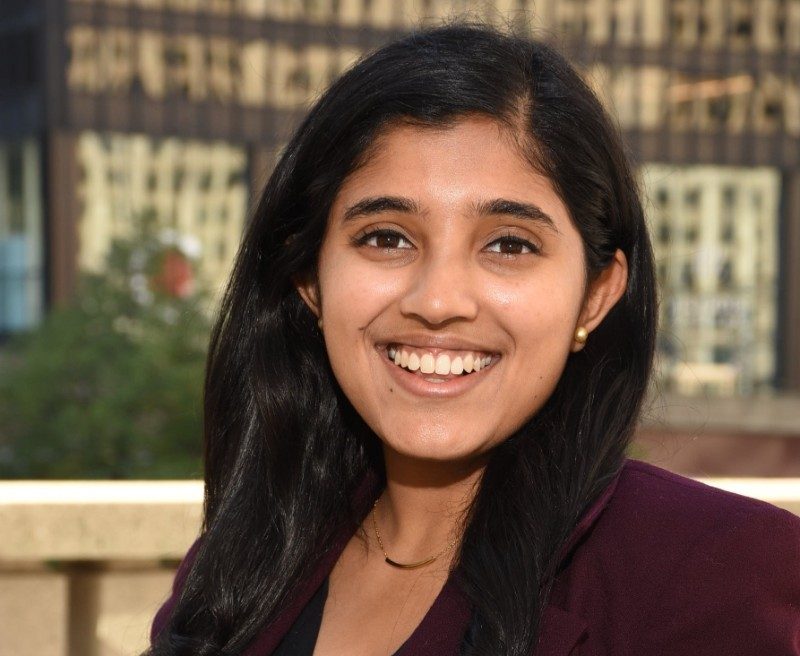 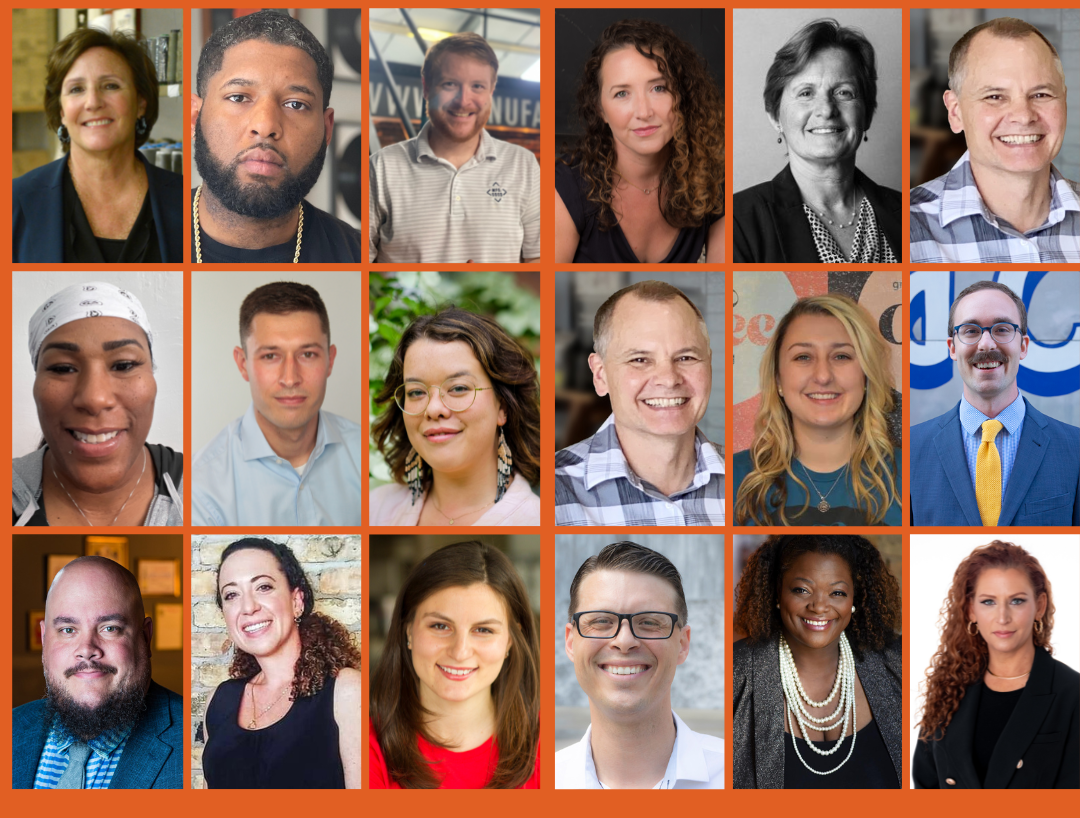 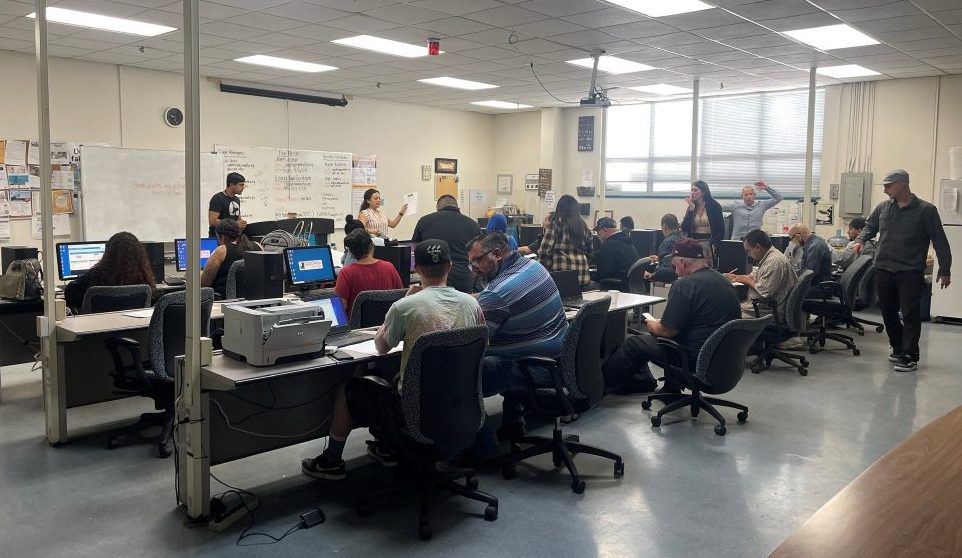