Jed Emerson is the founding CEO of REDF, and a widely recognized, international thought leader on impact investing, performance metrics and sustainable finance. He is senior strategic advisor to some of the field’s leading impact investors and philanthropists. As originator of the term “blended value,” Jed has spent over two decades exploring how capital investment strategies may be executed to create multiple returns. He has held faculty appointments at Harvard, Stanford and Oxford business schools and written extensively on impact investing, social return on investment, and related areas. He is co-author of the book, Impact Investing: Transforming How We Make Money While Making A Difference, the first book published on the topic of impact investing.

To help mark REDF’s 20th anniversary, Jed joined Carla Javits, who has led REDF for the last ten years, at REDF’s offices for a “fireside chat” (minus the fireplace). The spirited and far-ranging conversation covered how REDF came to be, some key highlights of the past 20 years, and advice for fostering a successful future. This blog represents a condensed and edited version of that conversation.

REDF’s Origin Story
There were a number of elements that came together in the early 80’s and 90’s that laid the foundation not only for REDF, but for a global conversation we’re all a part of today. Part of that was a generation of social workers and stakeholders engaged in community work who became increasingly frustrated with the traditional ways of thinking about nonprofit management and philanthropy, and the role of the nonprofit sector. For me, when I was the director of the Larkin Street Youth Center, I was frustrated by the funding dynamics—that I’ve described as being predicated on politics, perception and persuasion as opposed to performance—which were not connected to the great work we were doing on the ground.

I felt trapped by our historic approach to and thinking with regard to nonprofit management and philanthropy. I wanted to do was something different, but I had no idea what that meant.

At the same time, there was a generation of business people represented by George Roberts, who had made their wealth in the free enterprise, market system, and yet were being asked to give their money away on terms that were in some sense antithetical to how they actually created that wealth. There were few performance metrics and little effort to tie philanthropy to building financially stronger organizations.

So in 1989, George and Leanne (Mr. Robert’s late wife) asked me to begin researching how could we create and execute an approach to philanthropy that would be informed by, and would operate on, the premise of taking business acumen and approaches and using that to drive community change; specifically, how to use these strategies to expand economic opportunity to formerly homeless individuals. We knew that while in some ways a new perspective, others had explored similar terrain in previous years.

Therefore, to start, I interviewed over 200 folks across the country including leading foundations and community development groups in the nonprofit sector, and I said, “We’re interested in free enterprise strategies in relation to economic development for formerly homeless people.” Inevitably, the response that I got was that it was a horrible idea! While many had invested in community level development, investing in business ventures pursuing social change had had a mixed track record.

At the same time, the smaller nonprofit organizations I spoke to working in the homelessness community told me they couldn’t get their people into job training programs because they’re viewed as having too many barriers to employment, and those that did get jobs tended to get fired because they weren’t job ready.

Necessity being the mother of invention, these nonprofits decided to start a café, or a screen-printing shop, or a landscaping business, or a bakery. That way, they reasoned, if somebody begins to fail, they can intervene right there, and instead of them falling back five steps to return to the street, they go back one step and are supported for future success. The theory was that they could use their profits to expand supporting employment for these folks, and make allowances for the increased amount of time and support to get people job ready.

Making the Pitch to the Roberts
With my due diligence done, I went back to George and Leanne in late ’89, and I said, “Here’s the deal. Everybody thinks this is a really bad idea, so you need to know that right up front. If you’re going to do this, you have to be in this for at least three to five years and view it as a research and development process. You can’t do this for a year as an initiative and think you’re going to have anything to show for it. You have to be willing to spend some money because this isn’t like a $100,000 grant initiative. This is $1-$2 million a year kind of thing. You have to be ready to do all this stuff, and it could still fail, because you’re talking about market-based businesses.

At the time I didn’t understand the mindset of people like George. His thinking was, of course you’d want to think about a multi-year strategy. You wouldn’t do something as a one off. And the fact you’ve got to put money in to make money work more effectively, makes sense, I can put my head around that. It’s not like you’re gambling—you’re taking an informed risk.

An Informed Risk and the Birth of REDF
When I was a social worker, I used to think of the world of venture investing as a form of gambling and speculation, but as I came to understand the field, I came to understand the concept of informed risk. Basically, you do your homework, you understand the odds and then you can take an informed risk on a promising strategy or opportunity. I think that’s what Robert and Leanne wanted me to do. We had several follow-up meetings to discuss the strategy and finally I said, “Well… so, would you like to do this? Do you not want to do this?” Leanne was great, because I had presented a pretty high budget and she looked at me and said, “Well, we want to do it, but can we do it for just a million a year?” That was a lot of money back then. And I said, “YES!” And that’s what then became the first iteration of REDF.

Rethinking the Conversation
Many asset owners approach their understanding of capital in a bifurcated manner—one either invests or one engages in philanthropy. The opportunity is to help them understand capital is a continuum (ranging from philanthropic, to near market and market rate investment); the challenge is in defining how one understands the purpose of capital and how best to deploy assets across that continuum. The option used to be, if you’re interested in economic development for formerly homeless folks, or people who are trying to move back into employability, you would make either a charitable gift or use public funding to fund the job training program and that would be it. And you wouldn’t get any of your money back. You would just provide the service, and hope to God somebody got a job on the back end.

With social enterprise, what we are saying is if we can cover 80 percent of the operating expenses by virtue of earned income or activities from the social enterprise, 20 percent may still need to be subsidized in order to provide the supported employment element, and other programmatic elements.  So from a typical investment perspective, it’s not going to fit in the full market return bucket, but it doesn’t fit in the philanthropic bucket. Part of our work is to educate asset owners, investors, and philanthropists so they’re coming to this conversation with the right understanding of the opportunity and how to deploy diverse capital in pursuit of impact—understood as generating various levels of social change together with diverse levels of financial performance.

Harnessing Humb-ition for the Future
In terms of my advice for success over the next 20 years, I believe the main challenge for all of us is not getting trapped in our own boxes. Many folks start with a big vision, then get into execution and strategy and tactics, and then lose connection with the broader meaning and power of the original, big idea.  It’s easy to get trapped in your immediate solution to something that you actually still need to be thinking differently about as you move forward. Change and innovation are dynamic processes that must be continually evolved. Ask yourself how you can reposition yourself in regard to some of the challenges you have, and how, by reframing those challenges, you can not only see new opportunities and solutions that you might not have otherwise seen had you just viewed it at this level, but you also give people an opportunity to go with you in a different way to a different place?

Walter Kaufman talks about the idea of “humb-ition”, the idea that you can be hugely ambitious and yet you have to have humility as you pursue those ambitions or else your mind frame won’t support your fundamental objectives and you start to believe your own press releases and stuff, and you go, “That’s right. That’s what we’re doing, saving the world from poverty!” Or maybe not—maybe you’re doing that a little bit, but there’s ways you can ratchet it up. I think having, on one hand, real grounding and the ambition of change, and on the other hand, a real sense of humility that poverty will probably always be with us, and one of the reasons it will be with us is because of the way humanity creates phenomenal biases and blind spots.

As you think about the future, have the ambition to approach it with a sense of, “maybe we don’t have the answer,” and with a real confidence in the notion that it is through the process of engagement that the answers are revealed.  Be comfortable in the process as opposed to pre-selling the solution. The correct “answer” if there is one, is ahead of you, waiting to be revealed. 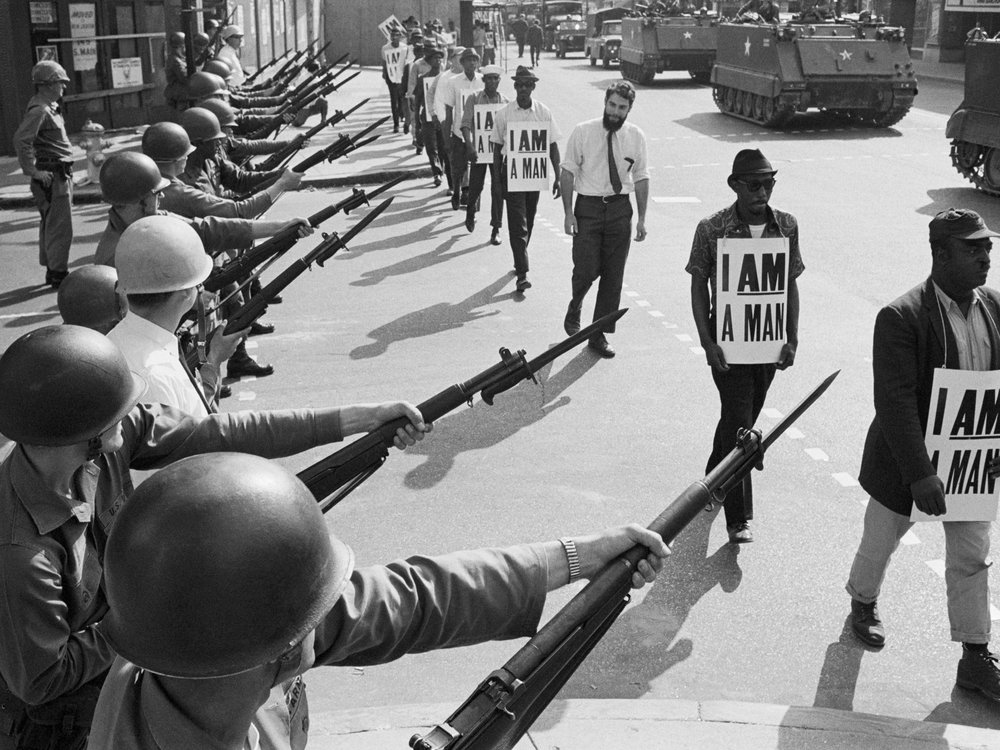 When a sandwich board becomes a manifesto 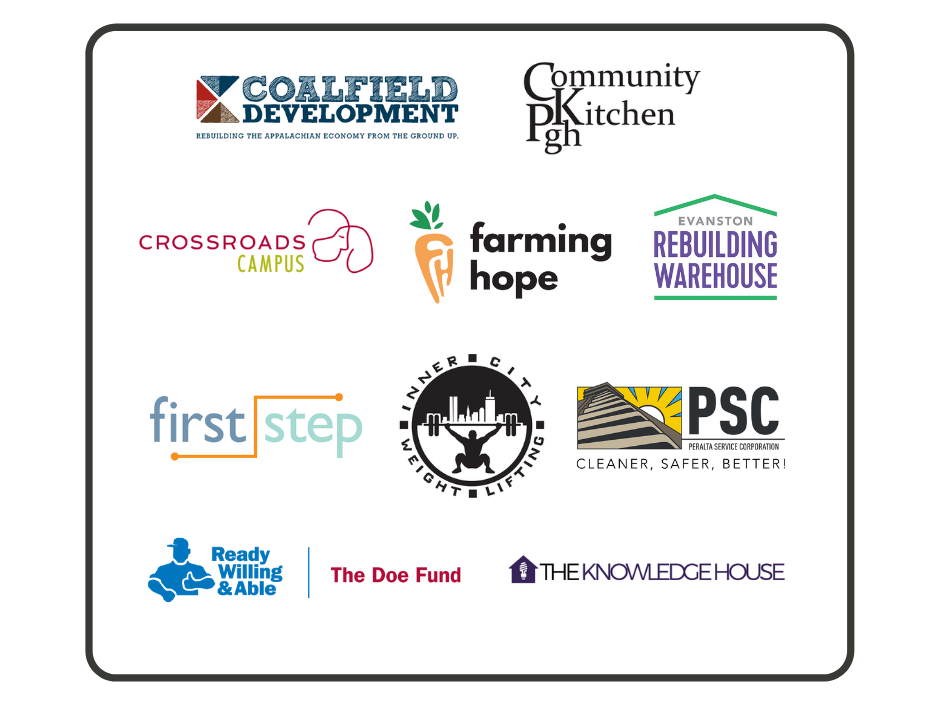 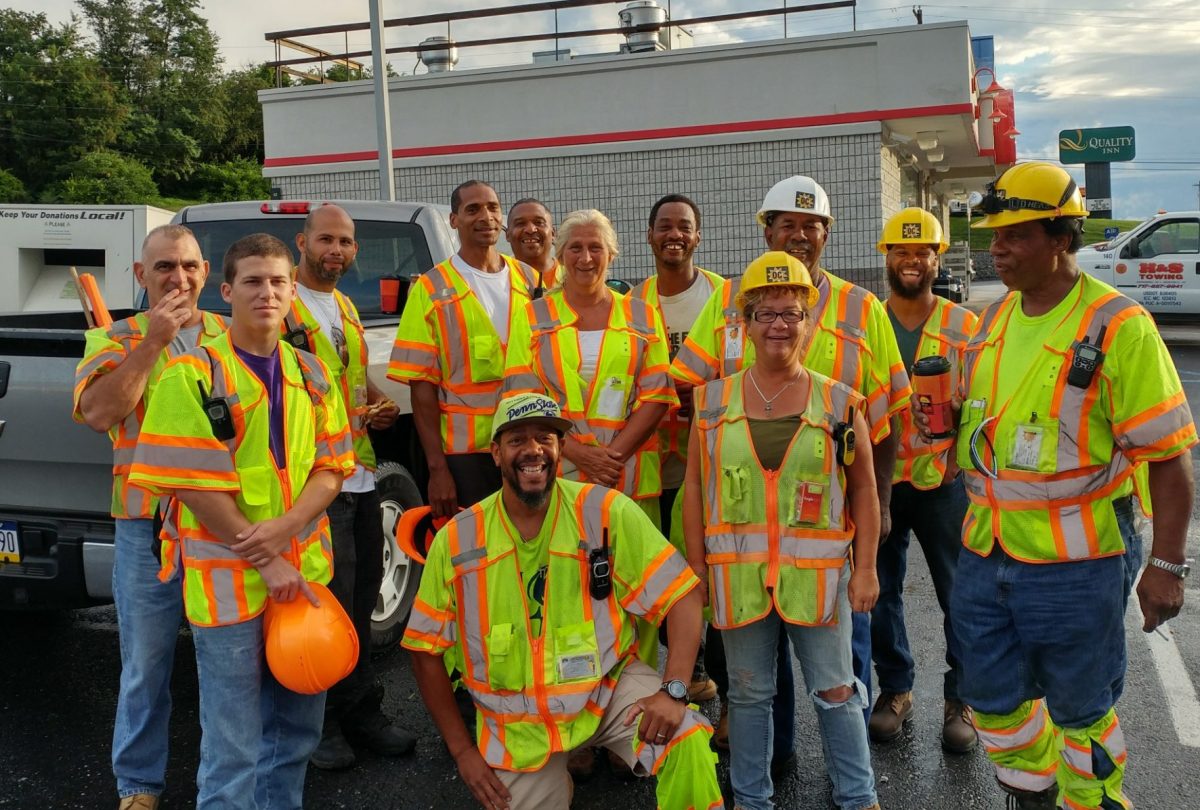